Live broadcasts of short-term performances commissioned by BoCA, designed through the relational body-camera-home device. A relationship is proposed around our current state of confinement and the artistic languages ??mediated by the camera. The performances are live on the BoCA Bienal YouTube channel. Every Saturday until at least the 30th of June 2020.

“During this confinement period of more than two months, I was unable to write a song. I mean, I created a lot of music, a lot of soundscapes, but nothing that I can describe as a song. In conversation with different artist friends, photographers, musicians, I found this kind of creative paralysis in many of them.
In my case, I think I simply wrote soundtracks for what I was experiencing, without words, maybe because I haven’t found them yet, or maybe because at this moment it doesn’t even make sense to use the word. The home studio grew, more or less spontaneously, like a mushroom, and the sounds started to appear, mysterious, black, but hopeful.” Paulo Furtado 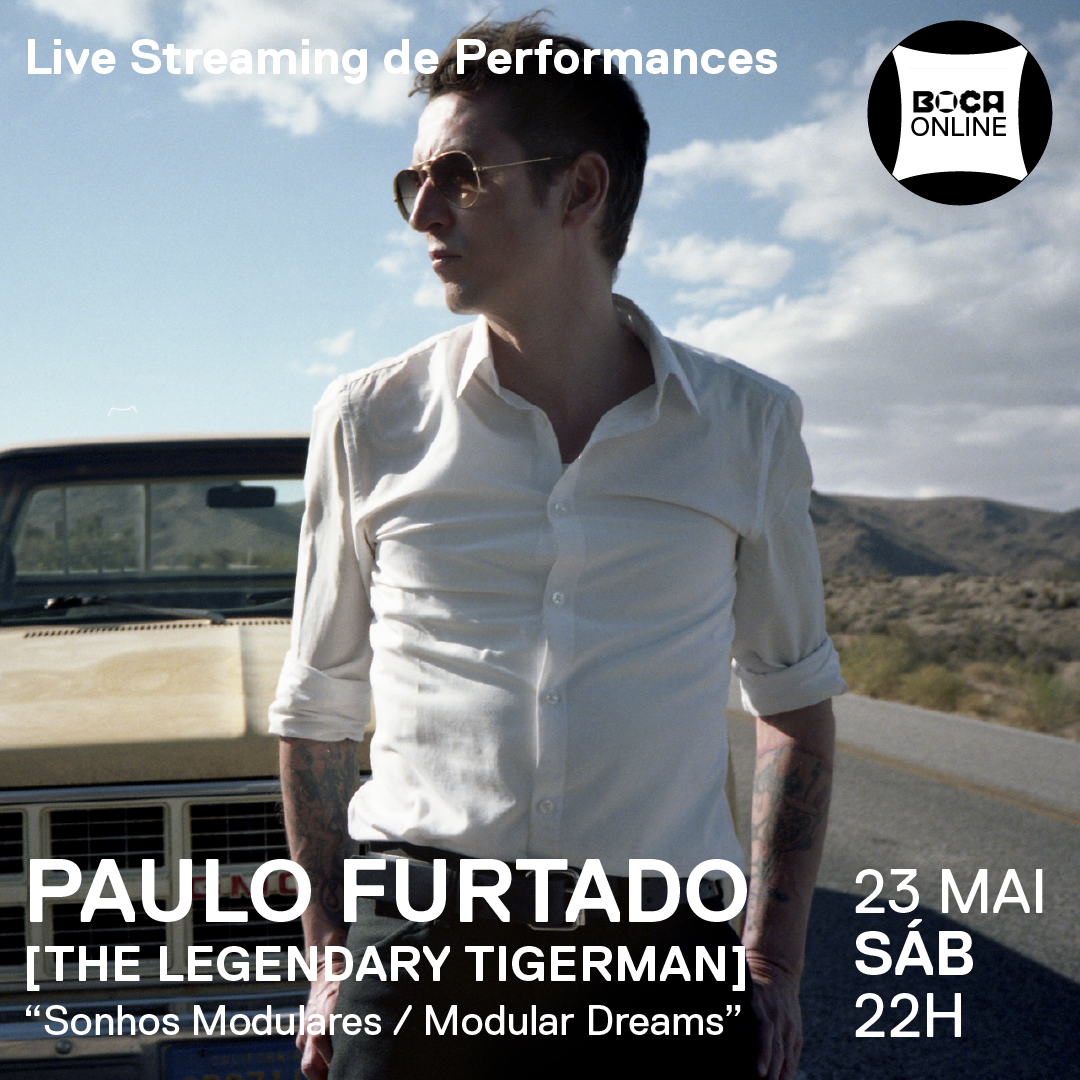